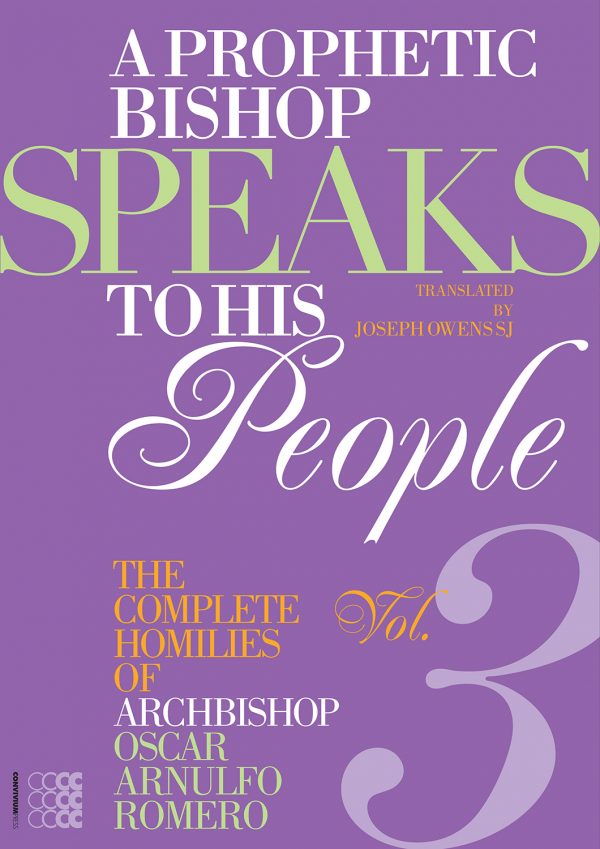 A Prophetic Bishop Speaks to his People 3

This volume is the third in an ambitious initiative by the Romero Trust and Convivium Press to provide English translations of a series of books about the martyred Archbishop Oscar Arnulfo Romero. Romero has been attracting a growing interest worldwide because of his prophetic words and his option for the poor, which he faithfully lived out until his assassination at the altar. With an integrity and authenticity rare in the contemporary church, Romero managed to find an extraordinary synthesis between orthodoxy and Gospel praxis, and he exhibited a beautiful blend of deep prayerful spirituality and effective action for justice. In his second year as archbishop of San Salvador, Oscar Romero had to face strong opposition not only from the military government and its powerful allies, but also from within his own church. In his pleas for social change in El Salvador he received little support from his fellow bishops, and even the Vatican had serious questions. Despite the opposition, Romero intensified his critique of the existing social order, drawing always on his inspired reading of the scriptures and his deep understanding of the church s social doctrine. Rejected by the powers-that-be in his own land, Romero won recognition around the world for his courageous defense of human rights and his sacrificial struggle on behalf of the Salvadoran people. And the people, of course, hung on to his every word as preached in the cathedral and over the airwaves every Sunday morning. Romero s passionate homilies capture the combative spirit of a church trying to restore hope and direction to a country in crisis. The present volume is an English translation of the 25 homilies delivered between June 4 and November 29, 1978, corresponding to the third volume of the original Spanish edition and to Cycle A of the church s liturgy. Editor and Translator, Joseph V. Owens, is a Jesuit who has spent most of his active career working in the Caribbean and Central America. His various minis

This volume is the third in an ambitious initiative by the Romero Trust and Convivium Press to provide English translations of a series of books about the martyred Archbishop Oscar Arnulfo Romero. Romero has been…

Oscar Romero, born in Ciudad Barrios, on August 15th 1917, studied theology at the Pontifical Gregorian University in Rome and was ordained priest in 1942. He served the diocese of San Miguel for 25 years. In 1967 he moved to San Salvador as Secretary General of the National Bishops Conference. With little pastoral involvement he lived in the Jesuit run seminary and became speechwriter to the Nuncio. In 1970, appointed Auxiliary Bishop, he expressed frequent criticism of the social involvement of the clergy that had come in the wake of the Medellin Conference of the Continent s Bishops. In 1974 he was named to the rural diocese of Santiago de Maria and found himself once more caught up in the rural people s struggle for survival. In 1977 he was the surprise choice as San Salvador s new archbishop. Over three years he became the voice of the voiceless poor, speaking the truth about the violations of human rights and the exploitation of the poor. His weekly sermons were legendary and gave hope to the communities suffering terrible repression. He saw six of his priests and dozens of lay leaders assassinated by the security forces before he himself was gunned down at the altar as he celebrated a requiem mass on Monday March 24th 1980. He is venerated in Latin America and throughout the world as a Vatican II Bishop who made a fundamental option for the poor and gave his life for his people. He is already Servant of God Romero, the first step on the ladder to Sainthood. The cause for his Beatification was accepted in Rome in 1997. Ten years later Pope Benedict XVI stated that Romero himself merits beatification, I do not doubt. In that light the official recognition of Archbishop Romeros sanctity will surely be forthcoming.
View Products
Reviews to come soon