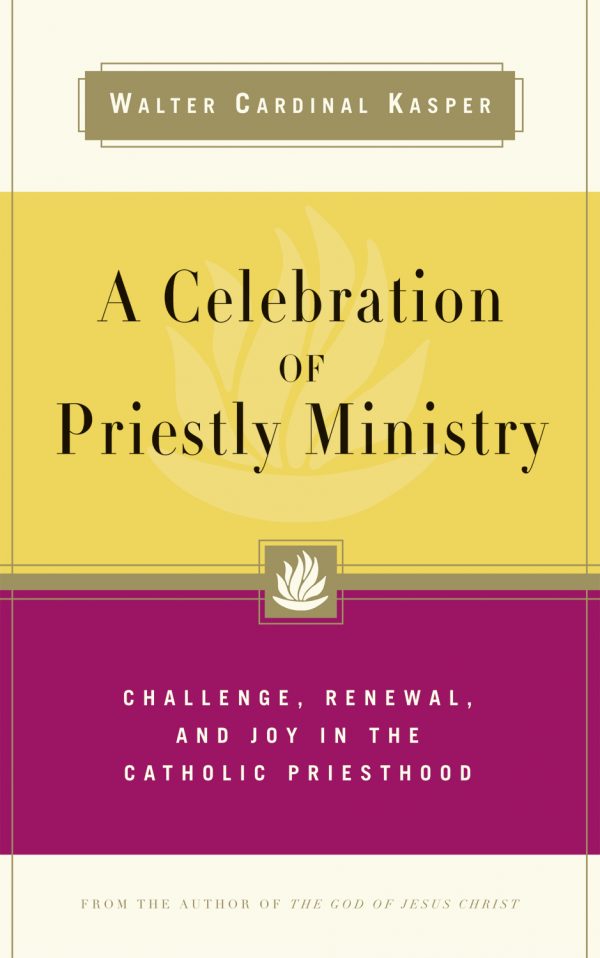 A Celebration of Priestly Ministry

Challenge, Renewal, and Joy in the Catholic Priesthood

On the occasion of the 50th anniversary of his ordination, Cardinal Kasper reflects on the nature and the future of the Catholic priesthood. Topics include “servants of joy;” krisis and kairos; personal friendship with Christ;…

Walter Cardinal Kasper was born in Heidenheim-Brenz, Germany, in 1933 and was ordained in 1957. He studied at the University of Tübingen where he later became professor of dogmatic theology. He also taught in the United States at the Catholic University in Washington, D.C., in 1983. In 1987 he was ordained bishop of Rottenberg-Stuttgart, Germany. Widely respected for his work in Christian ecumenical relations, Kasper was chosen in 1979 as one of a dozen Catholic theologians to sit on the World Council of Churches' Faith and Order Commission, one of the most comprehensive theological forums in Christianity. In 1994 he was named cochairman of the Lutheran-Catholic Commission of Unity and five years later was appointed secretary of the Pontifical Council for Promoting Christian Unity in Rome. On May 3, 2001, Pope John Paul II named Kasper as its president, succeeding the retiring Cardinal Edward Idris Cassidy. As president of the council, Kasper is also the president for the Commission for Religious Relations with the Jews. Under the leadership of Cardinal Kasper, the Council for Promoting Christian Unity has as its primary function guiding and serving the ecumenical activities of the Catholic Church and is also responsible for Catholic-Jewish relations. Among its numerous activities have been international theological dialogues with the Lutheran World Federation, the Anglican Communion, the World Methodist Council, the World Alliance of Reformed Churches, the Pentecostals, the Disciples of Christ, evangelicals, the Orthodox churches, the Baptist World Alliance, and various Jewish organizations, including the International Jewish Committee for Interreligious Consultation (IJCIC). One of Europe's most prominent Roman Catholic theologians, Kasper is the prolific author of many titles on faith and Church.
View Products
Reviews to come soon