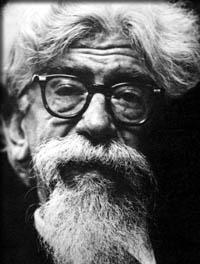 The late Abraham Joshua Heschel was one of the great spiritual teachers of the 20th century. He studied at the University of Berlin and taught Jewish studies in Germany until he was deported to Poland by the Nazis in 1938. In 1940 he came to the U.S. and taught first at Hebrew Union College and later at the Jewish Theological Seminary. Heschel sought to create a modern philosophy based on ancient and medieval Judaic traditions, especially the religion’s prophetic and mystical aspects. Emphasizing social action as an expression of spiritual conviction, he worked for black civil rights and against the Vietnam War. A theologian, poet, mystic, and historian, Heschel offers a compelling vision that helps us to approach the mystery of God.