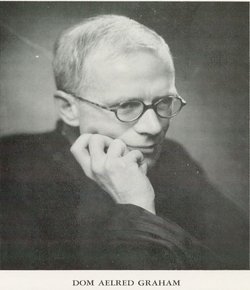 Dom Aelred Graham is an English Benedictine monk who, for 16 years, was in America as administrative head of the Portsmouth (R. I.) Priory, since elevated to Portsmouth Abbey. Now retired to his base community, Ampleforth Abbey in York, England, he has written a book setting forth the views he has reached in the course of a life both active and con templative, a life that has included among other things a serious encounter with Asian spirituality which resulted in two books on the subject, “Zen Catholicism” and “Conversations: Christian and Buddhist.”